Previous Next
Free Will and the Right to Initiation 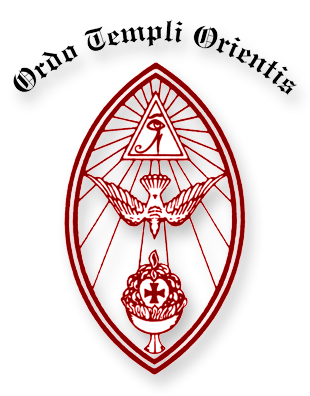 BAPHOMET XI° redesigned the O.T.O. in order to make it a more suitable vehicle for the promulgation and establishment of the Law of Thelema. As is usually the case with prophets, he was ahead of his time and had perforce to trust his successors to carry on the Work. It’s therefore up to us to continue to implement his system as best we can. To do so requires two things – a clear understanding of our principles and unswerving determination to give them timely implementation and a fair shake before developing our own alternatives.

The O.T.O. under the Caliphate has operated under several emergency guidelines for the last eight years that are at variance with Baphomet’s stated policy. We have, in the last years of Hymenaeus Alpha’s term and in the early months of my own, begun turning the Order around with careful consideration as to the timing of the changes. With some changes, however, the sooner made the better – they will become increasingly difficult to bring about the longer we wait, since they will affect more and more people as we continue our growth. Timeliness cuts both ways – in some areas, to wait too long to implement a change one knows is necessary is irresponsible.

For example, we recently made a waiting period between 0° and I° optional, at the discretion of the candidate. There is plenty of precedent and evidence for this practice and little contradicting it. Agape Lodge generally performed 0°-I° at the same time for those who were ready for it in fact, Hymenaeus Alpha and our two senior Agape Lodge members joined in this fashion. A surviving manuscript ritual in Crowley’s hand clearly states that this may be done.

We also returned to the use of the old Mysteria Mystical Maxima preliminary pledge-form prior to 0°. Our modern pledge-form (with some modifications) is now used prior to the I° since the candidate vows acceptance of The Book of the Law.

Finally, we are taking the ‘sponsorship’ more seriously – two members of initiating body must vouch for the I° candidate.

Taking these changes together, it is now possible for somoene to enter a Camp of the Order and take the Minerval Degree without prior knowledge or acceptance of The Book of the Law. Sounds pretty daring, doesn’t it? But it’s not – Baphomet clearly intended this. Considering the substance of the ritual, what better ‘set and setting’ for getting one’s first copy? Candidates may then, of their own free will, take it or leave it – they need not sign a pledge-form vowing its acceptance in advance of their ritual receipt of a copy. If they accept it, and choose to enter the Order proper, *and if they have two sponsors*, they may sign the I° pledge-form and proceed to the I°, but only after being forewarned by the initiator of the gravity of this step. Since we don’t argue, convert or talk overmuch, we can genuinely demonstrate our respect for the free will of the people we encounter by leaving what could be one of the most important decisions in their lives entirely in their hands. To decide to wait for I°, whether two weeks or two years, should not bear any stigma – indeed, some among us will argue that it signifies a positive virtue.

Where issues involving free will are concerned, controversy is sure to follow. Since most people want what’s best for others, arguments are often adduced to protect people from themselves. In the Order, however, free will means exactly that, and we stand in violation of our own founding principles if we knowingly adopt policies that restrict those we encounter from the free exercise of their Will to join us. There are guidelines in our founding books and Order literature that point up and settle this dilemma. I°ll review some of them here since they’ll make matters much clearer than my best rhetoric possibly could.

“Yea! deem not of change: ye shall be as ye are, & not other. Therefore the kings of the earth shall be Kings for ever: the slaves shall serve. There is none that shall be cast down or lifted up: all is ever as it was. Yet there are masked ones my servants it may be that yonder beggar is a King. A King may choose his garment as he will: there is no certain test: but a beggar cannot hide his poverty.

“Beware therefore! Love all, lest perchance is a King concealed! Say you so? Fool! If he be a King, thou canst not hurt him.” AL II:57-59

First of all, it is a given that a person has a right to be a Thelemite, with all that entails:

“Who calls us Thelemites will do no wrong, if he look but close into the word. For there are therein Three Grades, the Hermit, and the Lover, and the man of Earth. Do what thou wilt shall be the whole of the Law.

“There is a word to say about the Hierophantic task. Behold! there are three ordeals in one, and it may be given in three ways. The gross must pass through fire; let the fine be tried in intellect, and the lofty chosen ones in the highest. Thus ye have star & star, system & system, let not one know well the other!” AL I: 50

Baphomet applied this to the O.T.O. as follows: “Our Holy Order has but Three True Grades; as it is writen in The Book of the Law: The Hermit, the Lover, and the Man of Earth.” (from Book 194). He goes on to say that the Man of Earth Grade “consists of the degrees from Minerval to P.I. The Minerval degree is a Prologue to the First; the degrees subsequent to the Third but pendants to it. In this, the Man of Earth series, there are then but Three Degrees; and these Three are One.” (Ibid.).

In both Book 194 and Book 52 (from which letter I quote) Baphomet makes abundantly clear that any Thelemite is entitled to all of the Man of Earth degrees, with certain qualifications: “Every man and woman that is of full age, free, and of good report, has an indefeasible right to the III°. Beyond this, admission is only granted by invitation from the governing body concerned.” (Note that “III°” in this context means all Man of Earth sub-degrees from 0°-P.I. as explained in the excerpt from Book 194 above.)

The Man of Earth Grade’s sub-degrees (0°-P.I.) comprise a complete cycle, as this passage from Magick Without Tears shows: “0°- The Ego is attracted to the Solar System; I° – The Child experiences Birth; II° – The Man experiences Life; III° – He experiences Death. P.I. – This entire cycle of Point-Events is withdrawn into Annihilation.”

This life-cycle should be largely self-regulating, an impossibility when the same yardstick is applied to every member. Only the candidate is likely to know when to take the next step in this cycle. Acceptance of Liber Legis constitutes “attraction to the Solar System,” or if you prefer, “induction into the 93 Current.” An arbitrary time period between acceptance of the Law of Thelema and entering the Order is unnecessarily restrictive.

To sum up, if a Thelemite is by definition a Man of Earth, Lover or Hermit and the Man of Earth is a single Grade with six sub-degrees (the completion of which are a prerequisite to advancement to Lover or Hermit), then Baphomet’s policy of extending to all Thelemites an “indefeasible right” to these degrees makes good sense.

In his epistle to Parzival X° [well-known as Frater Achad, Crowley’s one-time ‘spiritual son’] in Book 300, Baphomet has some words of encouragement, and advises against “judging” candidates for initiation: “Note, pray thee, the confidence with which we may proceed. ‘They shall gather my children into their fold; they shall bring the glory of the stars into the hearts of men.’ They ‘shall’; there is no doubt. Therefore doubt not, but strike with all thy strength. Note also, pray thee, this word: ‘The Law is for all.’ Do not, therefore ‘select suitable persons’ in thy worldly wisdom; preach openly the Law to all men. In Our experience We have found that the most unlikely means have produced the best results; and indeed it is almost the definition of a true Magical Formula that the means should be unsuited, rationally speaking, to the end proposed.”

I don’t think that it’s overstating the case to say that the process of “bringing up” the full O.T.O. system is of supreme importance in Baphomet’s plan for the establishment of [the] Aeon of Horus. We are, after all, his heirs. As always, success will provide whatever proof we require of the wisdom of his design, given a chance. In implementing the changes that lie ahead there is the customary danger of the new and untried, and there will certainly be those who will predict disaster. I feel however that we are much more likely to fail in the Work by abandoning the original design for the passing expedients of the present:

“If this be not aright; if ye confound the space-marks, saying: They are one; or saying, They are many; if the ritual be not ever unto me; then expect the direful judgements of Ra Hoor Khuit!” AL I:52

“Many adepts throughout the ages have sought to do this; but their words have been perverted by their successors, and again and again the Veil has fallen upon the Holy of Holies.” Book 10 V. 18